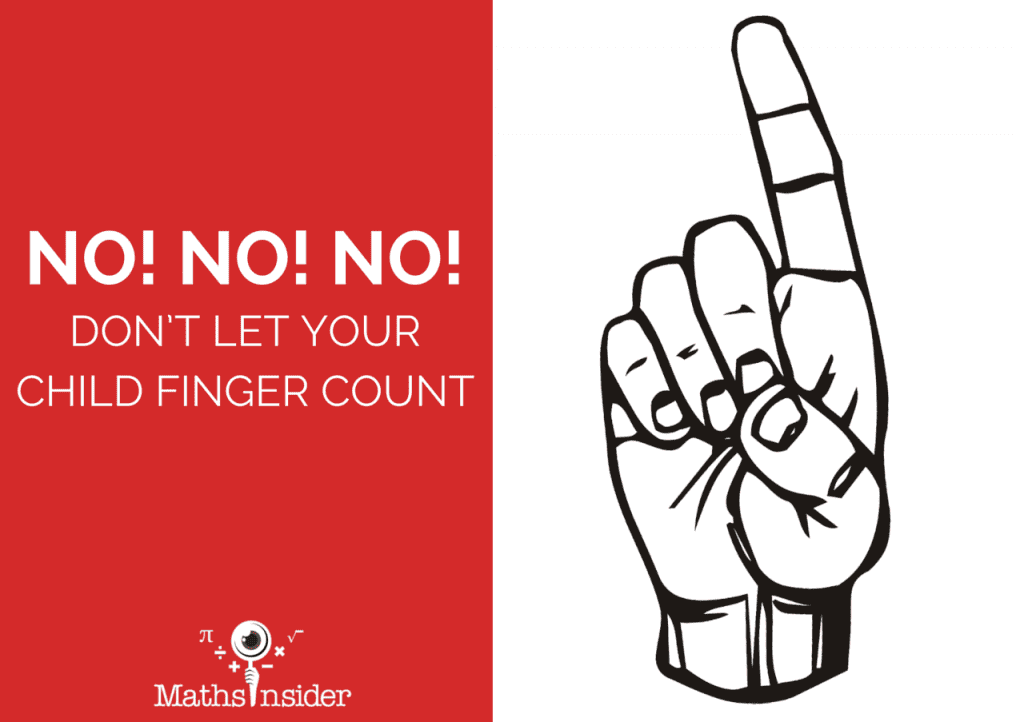 Yes there are calculation methods which use the fingers to work out calculations at super fast speed, which is great if you’re going to train your child to do this;

But if you’re not, don’t let your child finger count

Here are my 4 reasons why you should wean your child from using their fingers;

Finger counting is an introductory skill, in order for children to have a visual understanding of number facts, not the final method to be used for calculations. According to mathematical development research, ” children generally move from the less-efficient strategies using their fingers, to the more efficient strategies without finger use (Geary, Hoard, Nugent, & Byrd-Craven, 2007).”

Many things in life will need to be memorised in the future by your child, finger counting closes their mind to this essential skill. According to mental maths research, “When  Chinese children could not retrieve an addition fact directly from memory, they tended to count verbally, whereas the American children tended to count on their fingers or guess.” The Chinese children scored better in addition facts tests.

Further adult numeracy research “noted that those who consistently relied on finger-counting were unable to increase their speed and/or were unable to complete of the problems within the time constraints.” Fast recall of of arithmetic facts are essential for questions from “There are 8 eggs in a basket and 3 are taken out. How many are left?” through to “Solve 7x + 3 = 52” and beyond.

4 Finger counting puts them at a disadvantage in the class

Leaving your child to finger count while her classmates move ahead because they have memorised the arithmetic facts is just not fair. 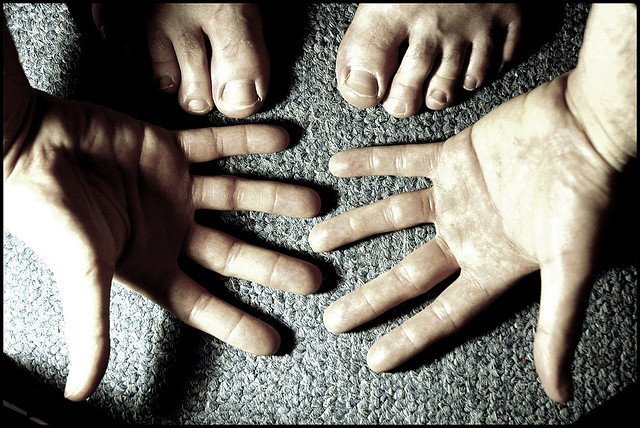 So what’s the finger counting remedy?

Tell me in the comments!