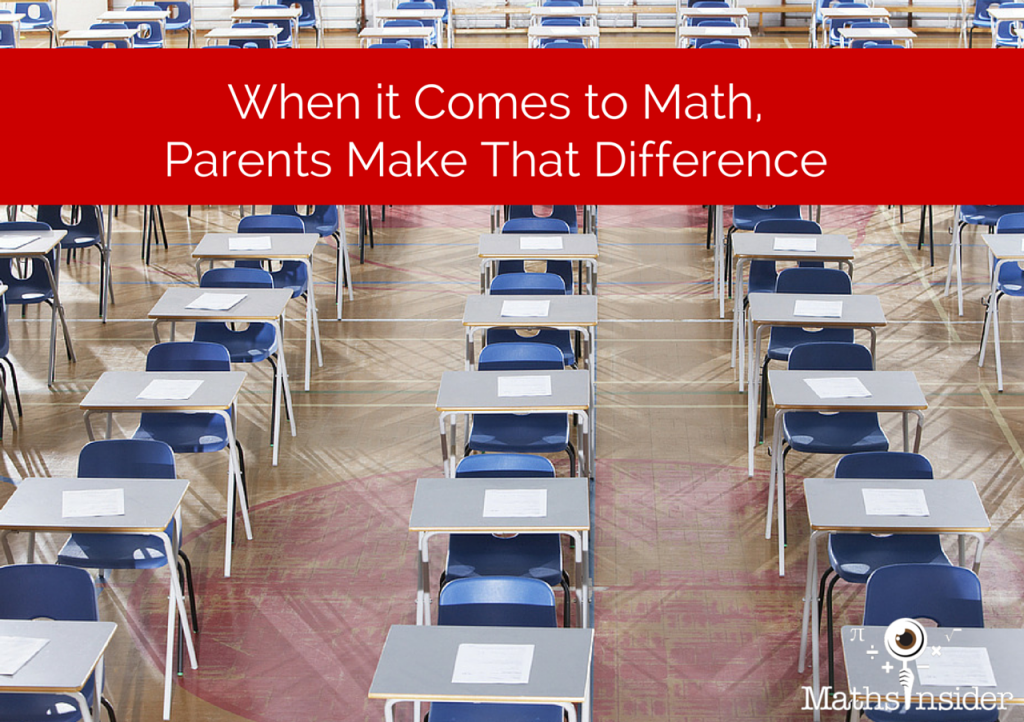 Yes, it’s true! The things that you do, both big and small to help your child with their school work have a greater effect than what schools do!

According  to the headline in this week’s Daily Telegraph (a British newspaper):

Parents ‘have bigger impact on exam results than schools’

Teenagers’ exam results are more likely to be influenced by their parents than their school, according to research.

The Royal Economic Society followed teenagers for 8 years between 2002 and 2010 and paid close attention to those teenagers who changed schools at the age of 16. After taking into account the student’s characteristics, family situation and their schools, the researchers found that particularly in Math and Science “parental impact on results was far higher than that for schools themselves.”

What I find even more inspiring is that the study also found that the effect families had on their child’s exam results was not dependent on household income.

How can you impact your child’s math?

About The Author: Caroline Mukisa is the founder of Maths Insider. A Cambridge University educated math teacher, she's been involved in math education for over 20 years as a teacher, tutor, Kumon instructor, Thinkster Math instructor and math ed blogger. She is the author of the insanely helpful ebook "The Ultimate Kumon Review" and insanely useful website "31 Days to Faster Times Tables" You can follow her math tips on Facebook and follow her on Twitter @mathsinsider
Comment5 | Share | Tweet | print | email
Category: Motivation

5 thoughts on “When it Comes to Math, Parents Make That Difference”