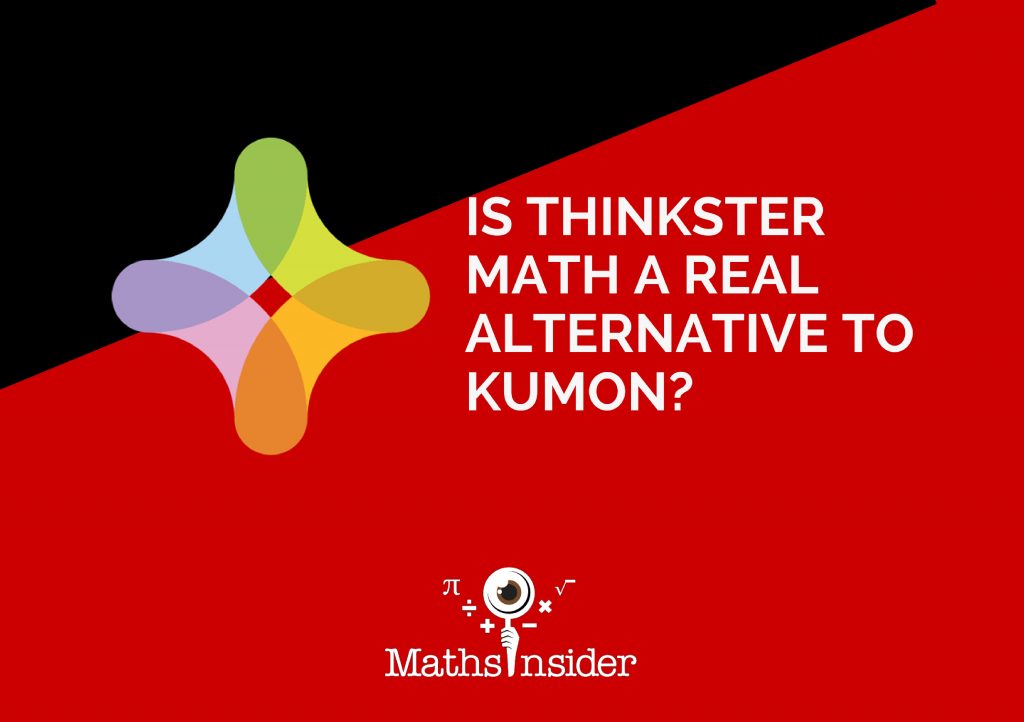 Each month thousands of people come to the Maths Insider blog looking for unbiased information about Kumon. When it comes to math tuition, Kumon have cornered the market for center based tuition, but if the high cost and the mixed reviews from parents and teachers alike have you searching for an effective alternative, then Thinkster Math could be exactly what you’re looking for.

Thinkster Math is an online program which, like Kumon, offers an individualized K -Grade 8 math program, except using digital worksheets and video tutorials. One of the major added benefits of Thinkster Math is that a real life math tutor not only checks over your child’s work, but provides feedback to you weekly about their progress. The Thinkster Math content is aligned to the Common Core which all states in the USA use in their math programs. It’s also based on the Singapore Math program which is one of the world’s most respected math program. There are also worksheets tailored for the UK and  Australian curricula. 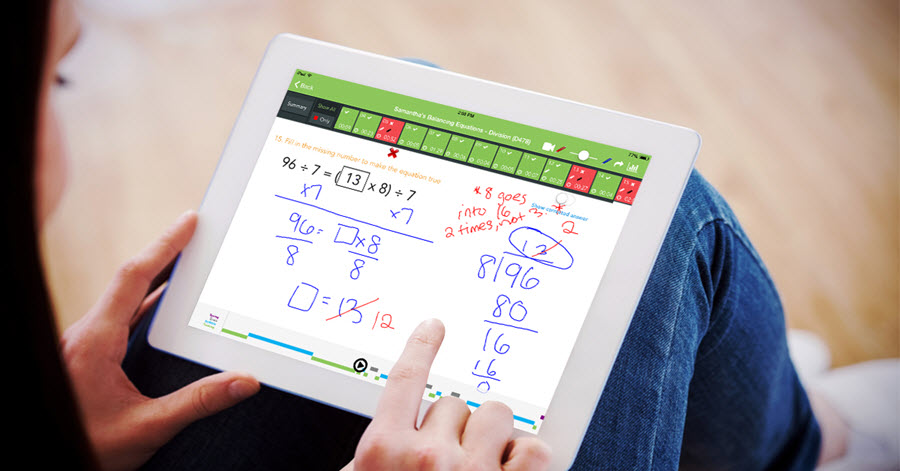 I tested the Thinkster Math program for 2 weeks with my 6 and 12 years olds. Initially I was cynical, as to how Thinkster Math would be any different from the thousands of math apps available, but my kids are used to being guinea pigs for testing out new math programs, and the fact that they could do their work on an iPad while slouching around the house really appealed to them.

How Thinkster Math worked out

After signing up and my kids doing their diagnostic tests, a welcome email from my kids Thinkster Math tutor landed in my inbox giving me some insightful feedback on their tests and inviting me to connect on Skype to discuss my kids study plans. Cool! Throughout the trial any questions I had about Thinkster Math and my kids work were answered quickly and efficiently. It was obvious that my kids Thinkster Math tutor was personally overseeing their work and making adjustments to their study plan when needed. [edit: The Thinkster Math program now also offers one-to one coaching sessions with experienced math coaches] 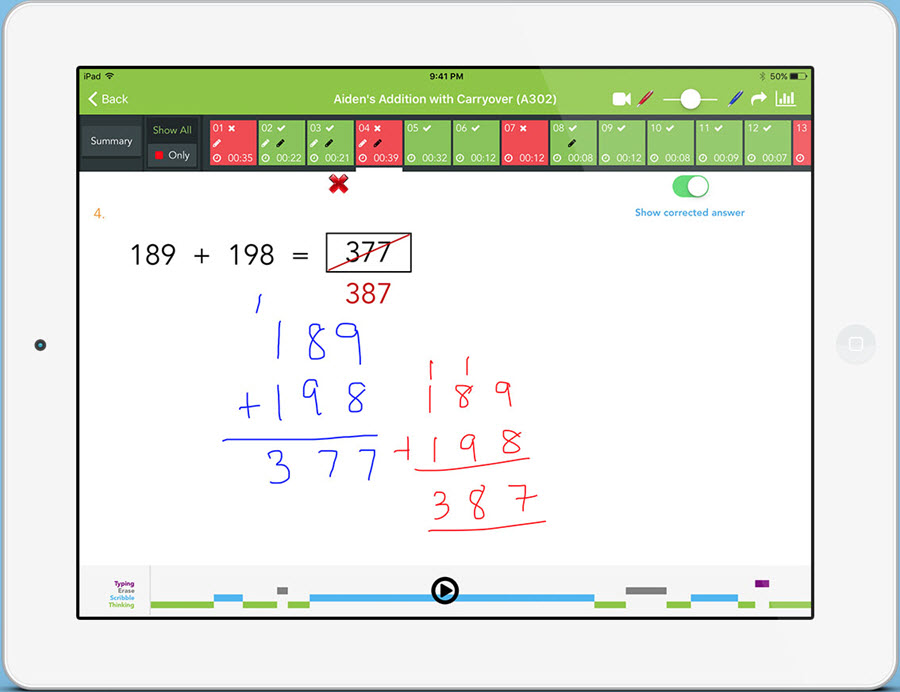 Being a busy mom, I didn’t read all the detailed instructions on how to use Thinkster Math, but the simple interface on the iPad made it easy for my kids to work it out for themselves. I was worried that the lack of game play and avatars that many online math programs and apps have, would be a turn-off for my kids, but there are a few unexpectedly simple things that my kids liked about Thinkster Math:

My kids didn’t use this, but there’s the ability to “flag” a question so that they can get more detailed feedback and help on that particular question. 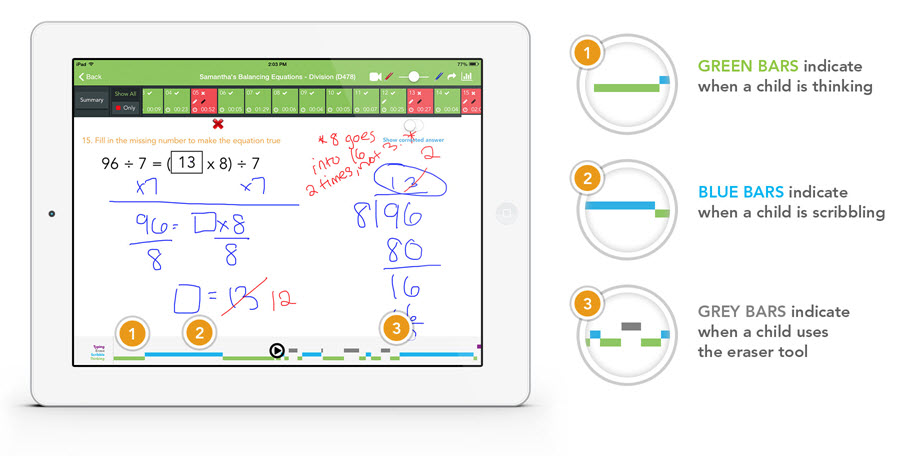 Other things we liked about Thinkster Math

Our Thinkster Math tutor spotted that although he’d got all the questions correct, my older son had used an over-long method, and suggested he watched the video tutorial before the next worksheet. Also she could see that my younger one did know his number sequences, even though he got the last few wrong, because he wanted to go out to play and just typed random numbers to get the worksheet finished! The things that make Thinkster Math a good alternative the Kumon are: 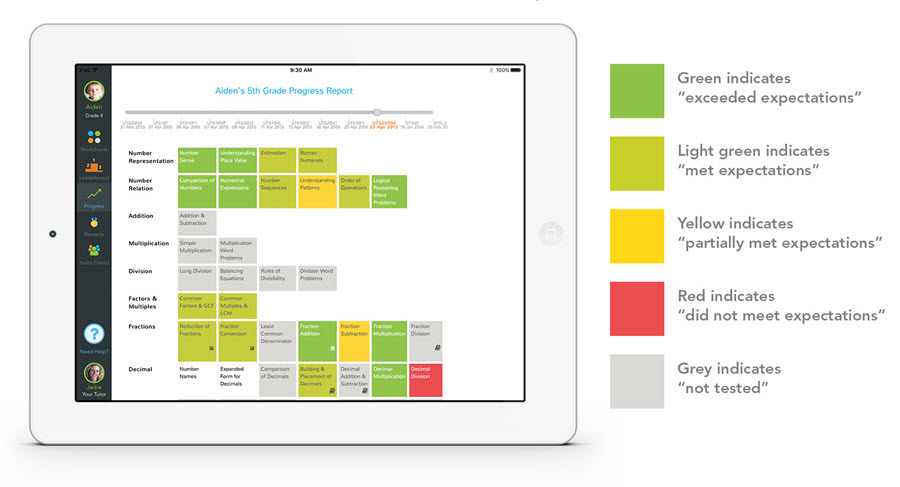 Thinkster Math offers a 1 week trial, which is definitely worth checking out if you have a 5 – 14 year old. Over that 1 week period you’d get a pretty good idea whether Thinkster Math would suit your child’s learning style. After the free trial Thinkster Math plans start from $60 but Thinkster Math are offering Maths Insider readers a 10% a month discount on their subscription for the first 3 months. To grab your free trial and 10% discount for 3 months, click here 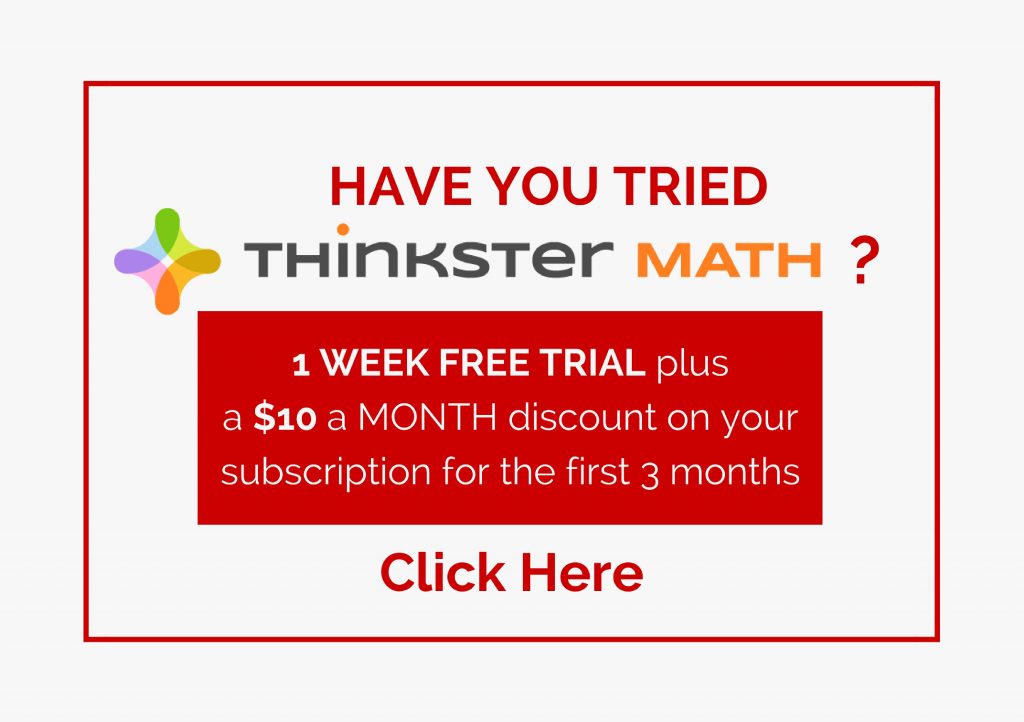 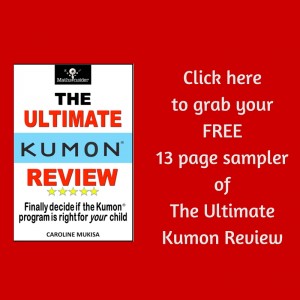 About The Author: Caroline Mukisa is the founder of Maths Insider. A Cambridge University educated math teacher, she's been involved in math education for over 20 years as a teacher, tutor, Kumon instructor, Thinkster Math instructor and math ed blogger. She is the author of the insanely helpful ebook "The Ultimate Kumon Review" and insanely useful website "31 Days to Faster Times Tables" You can follow her math tips on Facebook and follow her on Twitter @mathsinsider
Share | Tweet | print | email
Categories: Kumon, Mental maths, Motivation, Resources, Tutoring

8 thoughts on “Is Thinkster Math a Real Alternative to Kumon?”