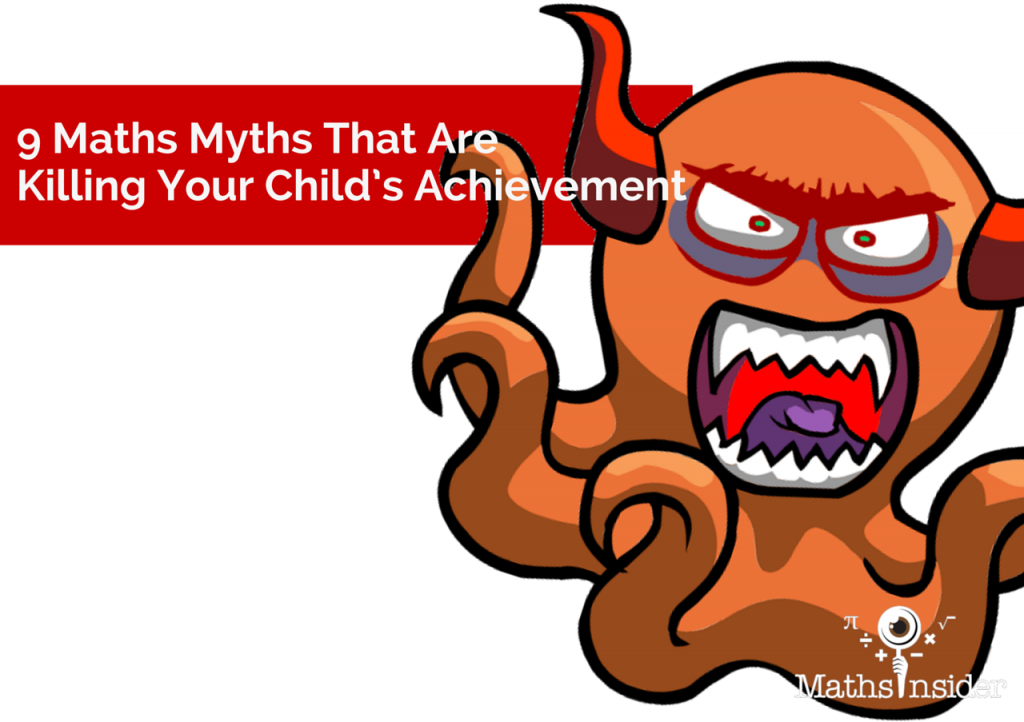 Why maths myths need to be destroyed

I’m fed up of the bad reputation maths has. It’s not just the fact that people believe some of the myths about maths that are floating about, it’s the effect these myths are having on our potential future mathematicians. People are getting the wrong idea about this beautiful and essential subject, and these ideas are doing our children a disservice and giving them the excuse NOT to aspire to do well in maths.

So for the next 2 minutes, I’m going break down some of the maths myths that may be killing your child’s maths achievement. Get the wrecking ball ready!

Maths can be hard, if you don’t practise it enough and if you don’t know the basics. Imagine taking up rugby and not knowing how to throw and catch a ball properly before being thrown into a match.

2) Some people are just good at maths

Research has shown that even young babies understand basic maths concepts such as counting, grouping and matching. Some people are good at maths because they spend more time using maths, in their jobs or in their hobbies. Point out how maths is used in your cild’s interests.

3) Calculators can do all the maths for me

4) You don’t need to know the basics

Maths is like a tall building. It needs strong foundations. If your child doesn’t know the maths basics, then as maths gets harder through the years, your child will end up falling more and more behind. Go back to basics. Make sure your child can add, subtract, multiply and divide before focusing on algebra.

5) There is only one right answer

6) Maths is a textbook/worksheet subject

Maths is a practical subject. Even basics such as counting and times tables are based on physical and real life concepts. Help your child learn to talk about maths by finding out how maths is used in history, art, geography and business.

7) You can’t revise for maths tests

Children know that 1 + 1 = 2 because they hear it so often, and they use that number fact several times a day. In the same way, the best way to revise for a maths test is to use those maths facts as much as possible.  Rebecca Zook shows how she got a 7th grader from  “I don’t get it” to getting 100 percents by practising in different ways.

8) You’ll never use this stuff again

There are hundreds of jobs and careers that use maths on a daily basis, there are some seriously cool careers that need maths but even if your child doesn’t go on to choose one of those careers, wouldn’t you rather they were able to handle their own finances without getting ripped off (compound interest is a high school topic)

9) Girls aren’t as good at maths as boys

In fact in many countries, including the UK, maths achievement up to the age of 16 is higher in girls. As well as putting girls off taking maths and science courses for further studies, this myth also makes boys feel as though they “should” be good at maths. Make sure that you’re not using gender bias when talking to your child about maths.