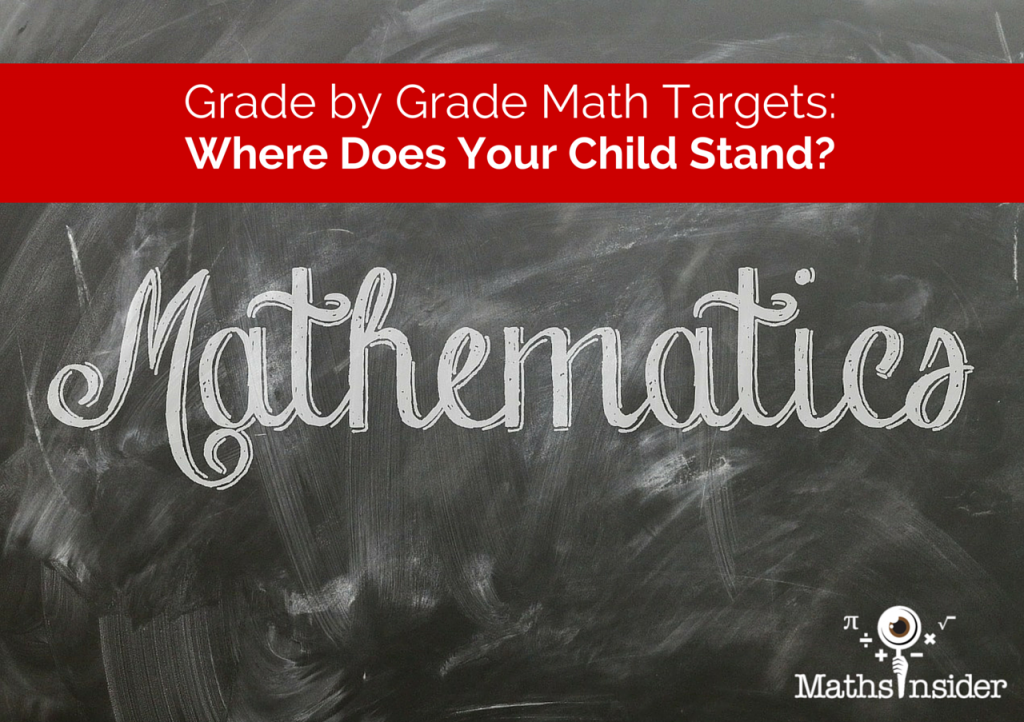 This is a guest post by Kathy from howmuchisit.org, a website that helps consumers find out what things cost.

If you have a child that is in school right now, you may often wonder where your child should stand in terms of their mathematical skills. Sure, while they are getting decent grades, does it really mean that they are up to par with the average student in their grade? To give you a better idea where your child stands, I went ahead and wrote up some key math milestones that every parent should know. 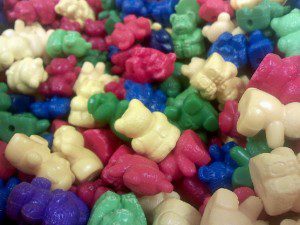 In kindergarten, your child should be able to print, locate, order, read and represent numbers up to at least 10. They should also be able to count to 10 forward and backwards. Using visual objects, your kindergartener should know basic adding, such as adding one more penny to the pile of six.

In terms of measurement, your child should know the different times such as afternoon, night and morning. They should also know the basics of time and the definition of short and tall. Aside from measurements, the average kindergartener will know their basic shapes and patterns.

By the second grade, your child should be able to print, locate, order, estimate and identify numbers up to at least 1000. Mentally, they should also be able to add and subtract numbers under 25.

In increments, your child should understand basic counting by 1s, 5s, 10s and 20s.

While most second graders haven’t learned division yet, some that excel can understand the basic fundamentals.

In terms of measurements, second graders should understand the time, the terms inches, yards, feet and centimeters. They should also know the month of the year and the basic reading of a thermometer.

Your child should also understand basic multiplication up to at least the 10x tables. They should also know how basic decimals work and how to add and subtract them. While fractions may be new to some classes, they should understand the basics by now.

In the measurement area, the typical fourth grader should understand all the basic measurements. They should know how to make change with money up to $100 and how to measure perimeters and the area of basic shapes.

As statistics are slowly being introduced to the older elementary students, fourth graders should learn how to use logical when collecting data and how to create graphs with simple data that has been given to them. 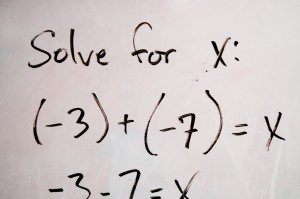 As the last grade in most middle schools, the typical eighth grader should have a wealth of knowledge by now. Eighth graders should know the basics of multiples, integers, square roots and factors. They should also know how to make any basic measurement.

Depending on your child’s skill set, most will be able to solve many
complex problems using a variety of formulas.

In the geometry sector, most student scan and classify many geometric shapes, calculate areas and volumes as well as solve a variety of geometric problems.

As your child gears for college, you’re going to find that many seniors in high school are going to be on so many different levels. Some are going to complete Calculus, while some will only take the minimum math requirements necessary. With that being said, here’s where most 12th graders should stand in the math world:

Most high schoolers should have taken math classes up to Algebra II. Here, students should have learned about radical expression and exponents, the binomial theorem, graph ellipses and hyperbolas, linear equations,  probability and permutations and combinations. If this sounds foreign to your child, they probably didn’t pay enough attention in class!

Remember, it’s never too early to start supporting your child’s math learning whether by becoming your own child’s math tutor or by hiring a math tutor from outside.  As you already know, if your child doesn’t understand one math concept, it’s going to be awfully hard to comprehend lessons coming forward!

Kathy Cady runs howmuchisit.org a website that give readers a guide to how much things cost from car seats to cavity removal!

About The Author: Caroline Mukisa is the founder of Maths Insider. A Cambridge University educated math teacher, she's been involved in math education for over 20 years as a teacher, tutor, Kumon instructor, Thinkster Math instructor and math ed blogger. She is the author of the insanely helpful ebook "The Ultimate Kumon Review" and insanely useful website "31 Days to Faster Times Tables" You can follow her math tips on Facebook and follow her on Twitter @mathsinsider
Share | Tweet | print | email
Categories: High School Resources, Preschool Ideas, Primary and Elementary Resources, Resources