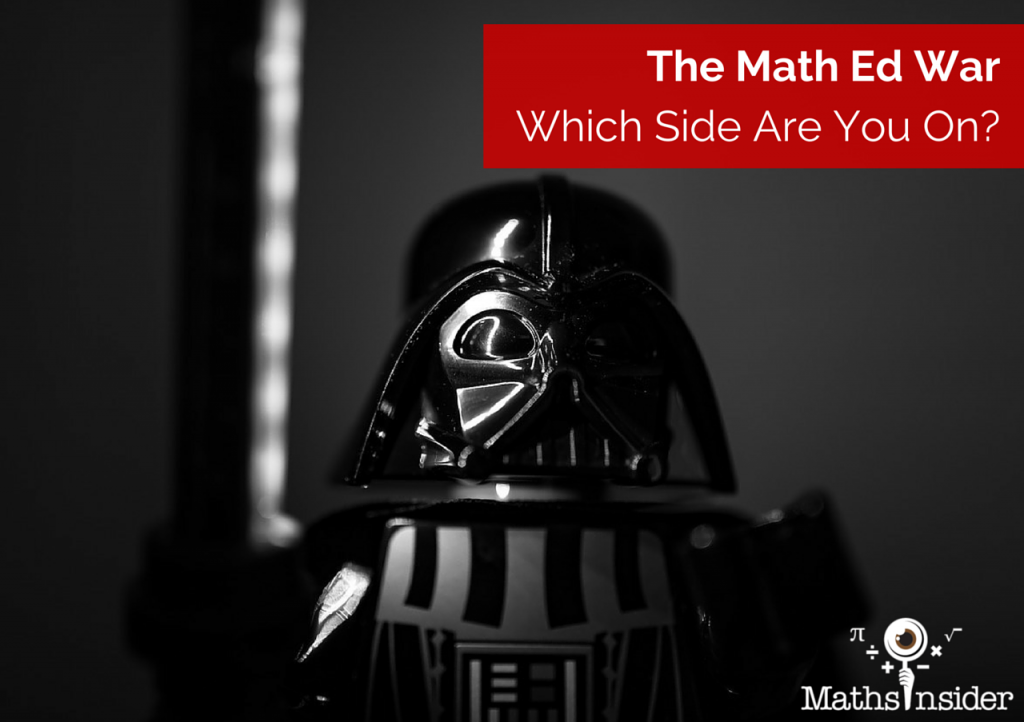 There’s a war going on.

A war based on who’s right and who’s wrong when it comes to your child’s math education. Western countries such as the US and the UK fall far behind the Eastern powerhouses of China and Singapore when it comes to Math (did you see the US vs Them infographic I published recently?) and there’s a battle going on in Education circles around the world as to the best way to make sure your child will have the strong math skills needed to compete in the global economy.

The following quotes are from an interview at  EducationNext.org with W. Stephen Wilson. Wurman, who was a U.S. Department of Education official  and is coauthor with Sandra Stotsky of “Common Core’s Standards Still Don’t Make the Grade.”

There will always be people who think that calculators work just fine and there is no need to teach much arithmetic, thus making career decisions for 4th graders that the students should make for themselves in college. Downplaying the development of pencil and paper number sense might work for future shoppers, but doesn’t work for students headed for Science, Technology, Engineering, and Mathematics (STEM) fields.

There will always be the anti-memorization crowd who think that learning the multiplication facts to the point of instant recall is bad for a student, perhaps believing that it means students can no longer understand them. Of course this permanently slows students down, plus it requires students to think about 3rd-grade mathematics when they are trying to solve a college-level problem.

There will always be people who believe that you do not understand mathematics if you cannot write a coherent essay about how you solved a problem, thus driving future STEM students away from mathematics at an early age. A fairness doctrine would require English language arts (ELA) students to write essays about the standard algorithms, thus also driving students away from ELA at an early age. The ability to communicate is NOT essential to understanding mathematics.

There will always be people who think that you must be able to solve problems in multiple ways. This is probably similar to thinking that it is important to teach creativity in mathematics in elementary school, as if such a thing were possible. Forget creativity; the truly rare student is the one who can solve straightforward problems in a straightforward way.

There will always be people who think that teaching kids to “think like a mathematician,” whether they have met a mathematician or not, can be done independently of content….They are wrong. You learn Mathematical Practices just like the name implies; you practice mathematics with content.

There will always be people who think that teaching kids about geometric slides, flips, and turns is just as important as teaching them arithmetic. It isn’t. Ask any college math teacher. 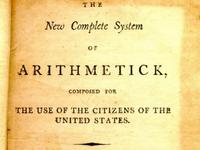 Some brief additional points from the Maths Insider viewpoint:

I’m joining W. Stephen Wilson’s side in this Math Ed war. Whose side are you on?

About The Author: Caroline Mukisa is the founder of Maths Insider. A Cambridge University educated math teacher, she's been involved in math education for over 20 years as a teacher, tutor, Kumon instructor, Thinkster Math instructor and math ed blogger. She is the author of the insanely helpful ebook "The Ultimate Kumon Review" and insanely useful website "31 Days to Faster Times Tables" You can follow her math tips on Facebook and follow her on Twitter @mathsinsider
Share | Tweet | print | email
Categories: Motivation, Resources