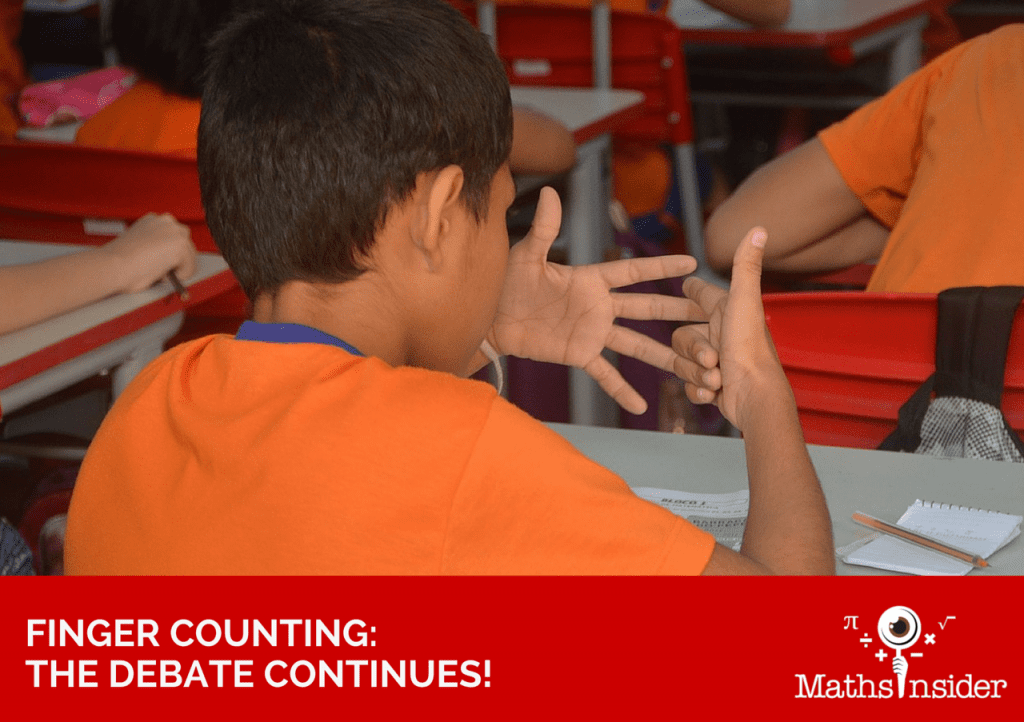 What I love about the internet is that you can have heated discussions with complete strangers!

Not because of your musical skills.

Not because of your fathering skills;

But because you disagree with me (and your writing is better than mine)!

You are a finger counting fanatic!

I wrote the post No! No! No! No! Don’t let your child finger count! in response to the intense debate on the mothering.com education forum.

The original question from “Emilysmama” was:

How do I get my 6 y.o. to stop counting with her fingers?

If finger counting is an issue for your child, it’s worth reading the whole thread.

However, the most eloquent of the pro finger counters was “Musician Dad”.

I present a selection of his quotes below, in green, from the mothering.com forum, with my responses in black :

Regarding Finger counting as a visual starter

Using a different set of items is still using a visual representation of numbers, the only difference is you have your fingers with you at all times. You can’t misplace them, and taught properly, you can do larger number equations as well. You won’t need a whole bag of them to do 233 + 432.

If you have your fingers with you all the time, and use them all the time, there is no incentive to try to memorise and figuring out how to do more than basic arithmetic can be harder than using other visual or memory based techniques.

Regarding Finger counting disadvantages a child

I agree that lightening speed is not necessarily the main objective (but it’s cool!), especially if accuracy suffers. I’ve seen 10 year olds take 20 seconds to work out 13 + 9 because they’re counting out 13 fingers, then adding another 9. (very uncomfortable!)

Mathematics is actually a broad subject, so it’s true that you can excel at higher level maths without memorising basic facts as it’s often the deep understanding of mathematical concepts that elevates mathematicians who solve the worlds most complex mathematical problems.

There are people, the more times they count on their fingers to figure out the equation, it puts the equation into the “I did it myself, so I have an easier time remembering next time” category.

One day while out with his dad, who knew he was working on multiplication, a father asked his son a question.

Without even looking at his hands the boy announced “It’s twelve, right?”

“I guess, but mostly I just figured it out on my fingers so many times that I had no trouble remembering it now.” The boy told him. And it’s true, he had counted by twos on his fingers so often that by that time he just knew what the answer was.

This can also be true if you ask a child to visualise counting their fingers or other objects in their head.

I ended with this quote:

“Musiciandad, your arguments are both reasoned and persuasive, but if we return to the OP’s(Original Poster’s) question, her child only recently started finger counting and was previously able to recall number facts to 10. What I want to draw attention to is the unspoken idea that not only is it ok not to be able to recall number facts with ease but that as a parent, the OP shouldn’t try to help her child memorise these facts.

Yes, I’m sure her child could still become a great mathematician even if she continued finger counting, but let me support the OP in her attempt to help her child”

The full debate continues on the mothering.com forum!

So who do you agree with?

Tell us in the comments!