I got this interesting question from a Maths Insider reader, about Kumon:

Hi came across your site and would like to thank you for this. I have a 5 year old boy in reception class who also attends Kumon. He has been doing Kumon now for 8 months. I find it very difficult to get him motivated to do his Kumon intially this was not a problem but for the last 3 months I feel he has become very bored. He has started addition on the +1 and if in the mood can complete this in a matter of minutes but when not in the mood which is now most of the time it can take upto 45 mins but we normally stop him after 15 mins as advice given by kumon instructor. The Kumon instructor has now taken him back to repeat previous number worksheets to improve his handwriting. This worksheet is v easy for him. I have had a chat with the instructor and raised my concerns but he has told me that he needs to get his handwriting correct before he can move on. His handwriting can be good  when he wants it to be but when he is bored his handwriting suffers.

What do you think should I stick at it or what I am now really frustrated. Please help. 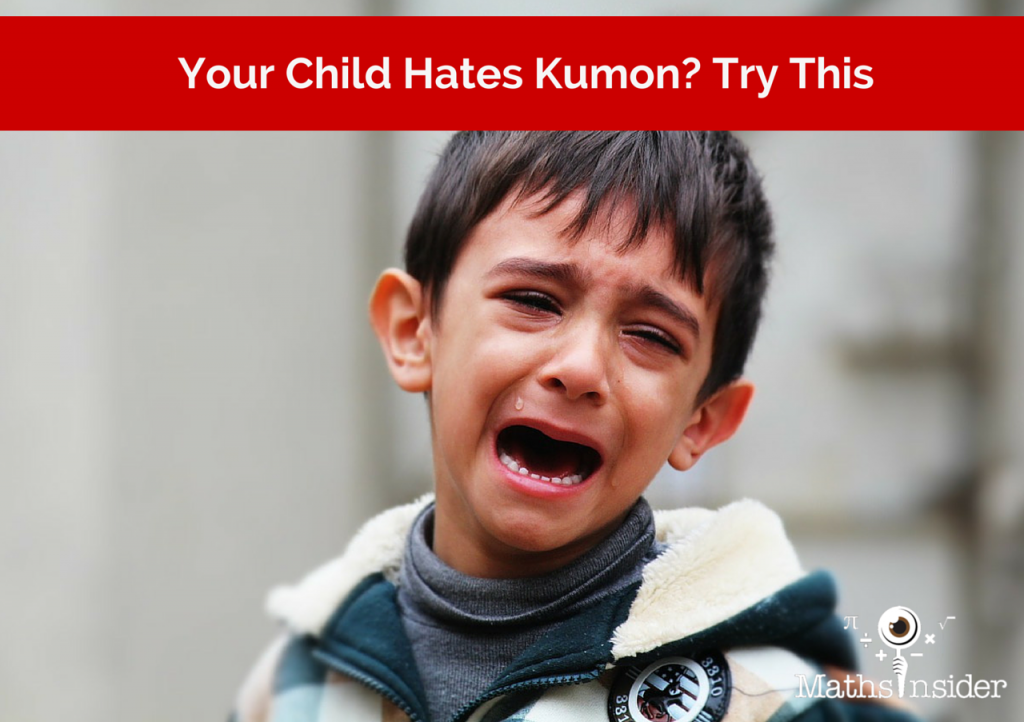 Thanks for your question, I know how difficult it can be being a Kumon parent, it wasn’t much easier for me even though I was an instructor and knew the system inside out! However based on my experiences as a Kumon instructor, a Kumon parent (my youngest started Kumon at 3 years old) and the articles I’ve been reading about maths education since starting Maths Insider, there are 4 different options: Stopping the Kumon would be the easy option, No more complaining from your son, no more marking those workbooks and no more fees to pay out. However since it’s likely you started your son on Kumon to support and or extend his maths learning then you’d want to replace it with something else. If you do 10 – 15 mins a day of maths practice using workbooks from the bookstore, an online maths program (I like Maths Whizz) or practical maths games this will help your son do well at maths.If you want the lightening fast arithmetic, you’ll need to replicate the 100 arithmetic questions or so each day, although doing these orally or on a computer may be more appealing. Also by not doing Kumon, there’ll be more time for your son to work on his problem solving skills (which Kumon does very little of)

Moving your child back to an easier level is a standard Kumon strategy. It does actually work. The idea behind it is to give your son easy work again so that he can rebuild his confidence (and in your son’s case improve his handwriting) My own son, and many other young Kumon students (particularly boys) have the same problem; their calculation skills are more advanced than their writing skills. It’s tiring for a 5 year old to be gripping a pencil, especially if he’s been writing all day at school as well. You may find that the writing fatigue won’t be such a problem during the summer holidays since he’ll be writing less. If your son is tolerating the easier work and making progress with it, then it’s a good idea to go with it. In the meantime, you can help your son to overcome writing fatigue by getting him to do more with his hands – no , not more writing, but practical activities which will exercise his hand and wrist muscles such as Play Doh, model building, cutting out, Lego.

3) Insist he stays at the same Kumon level 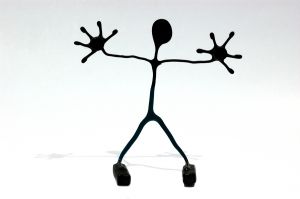 This is what most parents would want. When my son was 5 years old and found the writing part of the Kumon hard, I kept him at the same level, even though he once took over an hour on a 10 minute worksheet. I never advised other Kumon parents to do that, but with my own child I thought it would be different. Big mistake! It worked in that it only took a week or two for him to reach the target time, but it was a miserable 2 weeks for both of us. If you do want him to stay on the same level, I suggest you ditch the pencil and do the worksheets orally, with you writing the answers, or even, do it so that your son writes 1 page, then you write the next. This should only be done for a few weeks, and your instructor would probably want to give him the same sheets again to make sure that he was able to finish them on time.

4) Take a break from Kumon

You could just take a break from Kumon. It used to be the case that you could take up to 3 months off without having to pay the registration fee again, I’m not sure if this is still the case. You could spend the time doing workbooks, an online maths program, maths games, lego, play-doh. However when your son returns to Kumon, he’d likely be doing the number practice workbooks again (but hopefully whizzing through them!)

I’ve given you 4 realistic options, each of which has a positive and a negative, but each should have the end result of helping your son do well with his maths. It’s up to you to choose which one would work best for you and your family. If you do stick with the Kumon, and it certainly is a program that works in the long term, then do take time to do some practical maths with your son, even just once a week or so, just so he knows that there’s more to maths than fast arithmetic. I hope this helps!

Are you a Kumon parent? What do you do when your child complains about Kumon? Tell me in the comments below!

Thinking of enrolling your child on the Kumon program? For the low-down on this popular after-school program check out The Ultimate Kumon Review

About The Author: Caroline Mukisa is the founder of Maths Insider. A Cambridge University educated math teacher, she's been involved in math education for over 20 years as a teacher, tutor, Kumon instructor, Thinkster Math instructor and math ed blogger. She is the author of the insanely helpful ebook "The Ultimate Kumon Review" and insanely useful website "31 Days to Faster Times Tables" You can follow her math tips on Facebook and follow her on Twitter @mathsinsider
Comment9 | Share | Tweet | print | email
Category: Kumon

9 thoughts on “Your Child Hates Kumon? Try This”