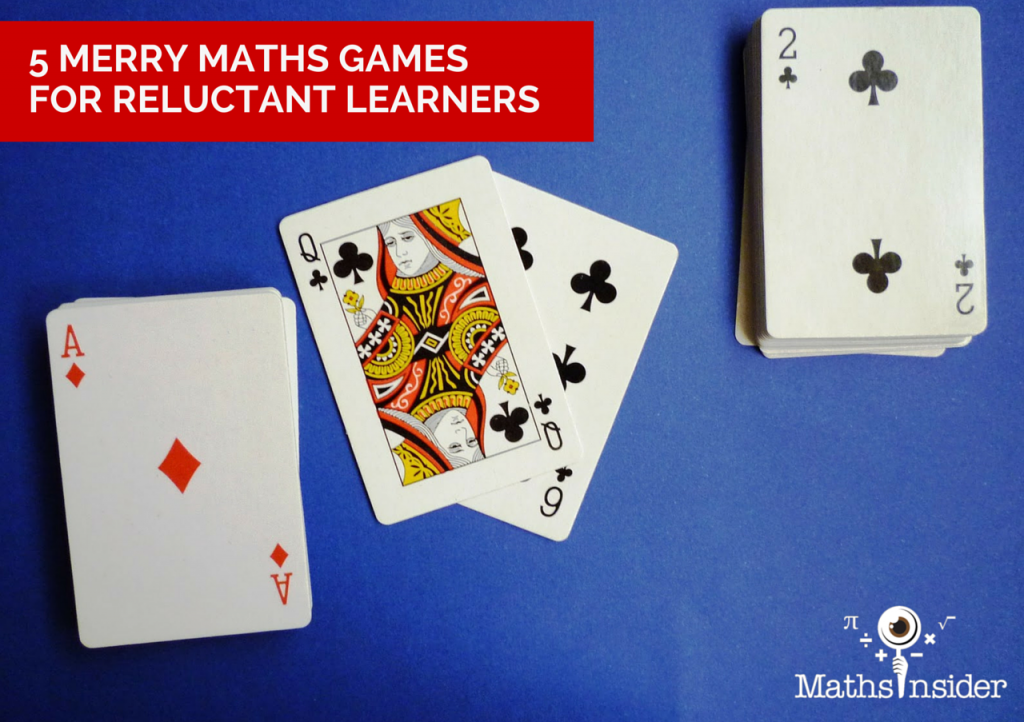 Merry is a friend and fellow blogger at Merry Makes.  She’s also a qualified Science and EFL (English as a foreign language) teacher and is in great demand around these parts to tutor. When she told me that she had finally agreed to tutor her friend’s maths phobic son, I knew there would be an interesting guest post in the making for Maths Insider. Merry couldn’t teach a boring lesson if she tried, so read on to find out how Merry used maths games to begin to ease her student’s maths fears!

My friend had been asking me to tutor her 9 year old son for nearly a year. I was reluctant because although he was a polite enough boy, he rarely made eye contact and would barely speak to me when I would meet his family socially. I gave his mum some ideas for some maths games but she couldn’t see how her child’s maths could improve  by playing games. In the end, I agreed to have a trial sessions with him (with his mum present as well).

A maths puzzle as an ice breaker 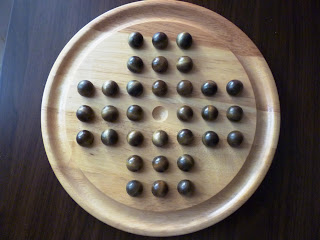 First I showed him the marble-puzzle ‘Solitare’ in which marbles are set up in a pattern with one empty hole. Marbles are eliminated from the board when another piece jumps over it; each piece can only jump if there is an empty space just beyond the adjacent marble. the aim of the game is to have a single marble left in the central position. I have yet to complete it successfully  myself but am getting better at leaving only one or two marbles. My student tried the game out, making several mistakes but I corrected him and gave him plenty of encouragement.

A maths game with number tiles 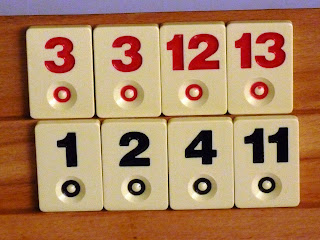 The first number-related game I introduced was a bag of tiles (much like tiles for Scrabble) and I asked him to pick 20 at random. I did the same. To liven up the activity I handed over my mobile phone so he could use the stopwatch function to time me, whilst I arranged my tiles in ascending order, and in colour groups. Then it was his turn, and I timed him. Mum had told me that my student wouldn’t engage in verbal or audio learning methods, mostly preferring kinaesthetic approaches (very fidgety whenever mum teaches him at home), I realized that his (possibly deliberate?) slow motor-skills would be an area to focus on.

A maths game with playing cards 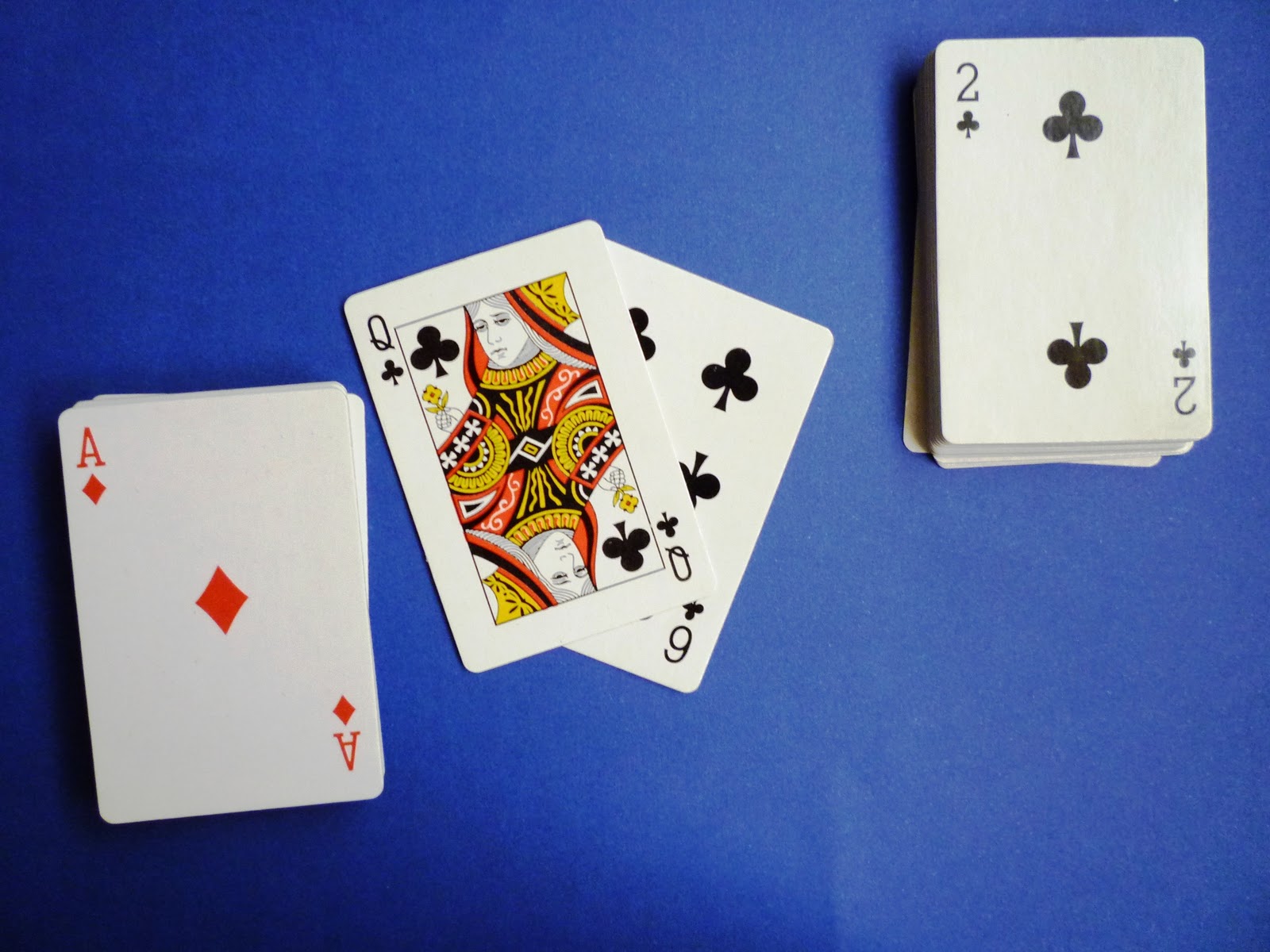 We moved on to adding numbers which we took turns in throwing from a deck of playing cards. Before we started I asked and confirmed with him the value of Ace, Jack, Queen and King.  As he was fairly good at adding up (sums including the King, value 13, and Jack, value 11) and he was rapidly winning cards off me, I stepped up the challenge to multiplication sums.

I soon noticed that any sum involving more than the 3-times table was a struggle for him. In fact, I saw him counting subtly on his fingers whilst rolling his eyes. After all it is a long way to count 8 x 7 on your fingers! 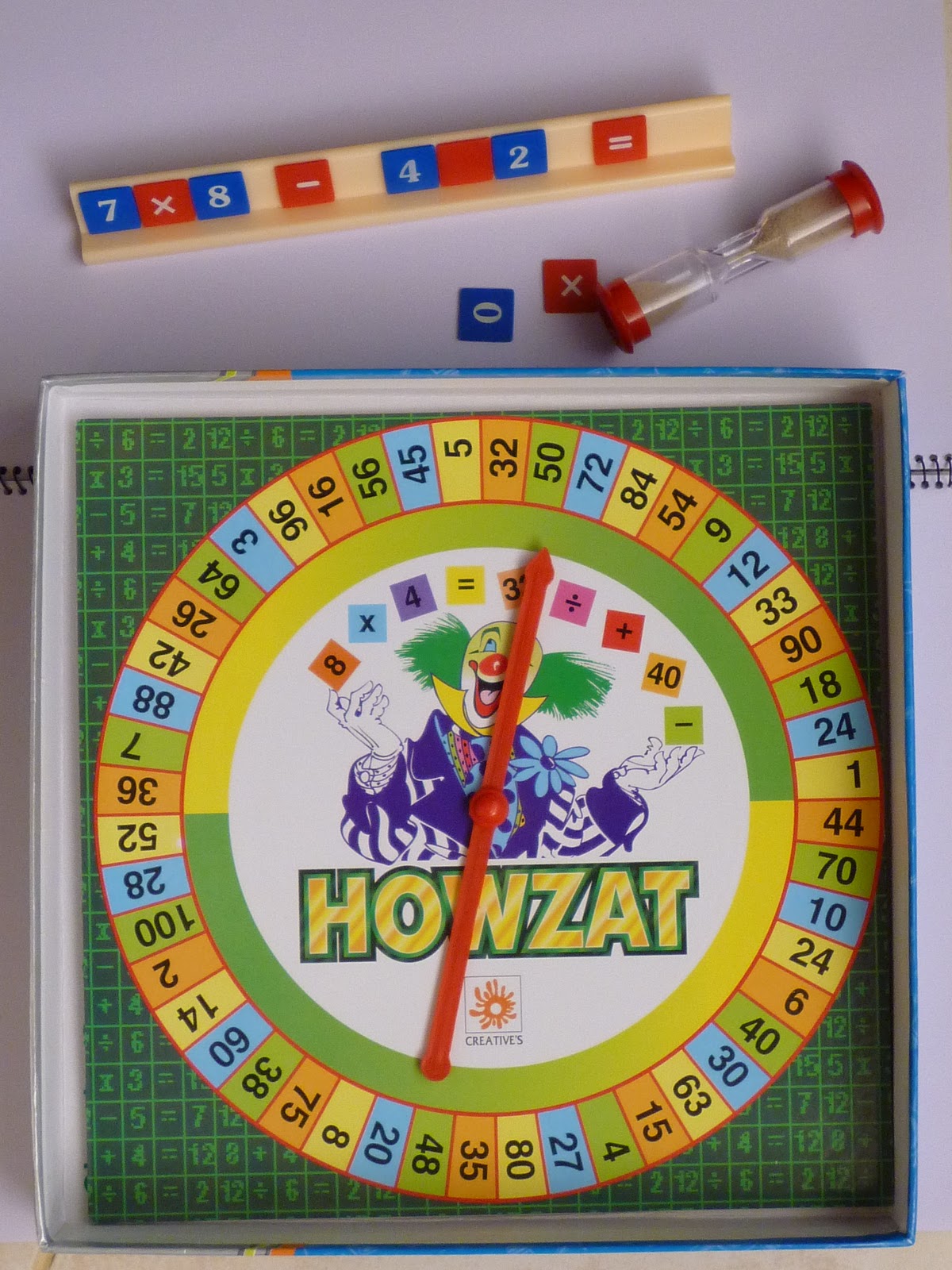 I introduced a game which has some random numbers on a board, with a spinning arrow on it. The ‘Howzat’ game comes with (again, Scrabble-like) tiles and tile-stands. The aim of the game is to spin the wheel and then use the sand-timer provided to come up with sums which give that number as their answers. There are several function (+, -, x, and division) tiles as well as the equal sign. My student once again, enjoyed being the time-keeper!So I asked him to liven up the game by calling out: ‘on your marks, get set, GO’. I managed to get a syllable or two out of him. Again, what came through was his weakness in dealing with any number bigger than 20 (easy enough to count up to), although he did manage to successfully put together a couple of expressions to give the answer 50. Still, it was a lot of , encouragment to get him to make the next move! ..and a maths game with dice 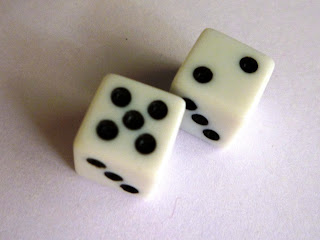 The last game involved using 2 dice to produce multiplication sums. This was a lot more fun than getting my student to solve written questions. It definitely won his attention! However, once again, any sum involving more than the 3-times table was a challenge for him. After several minutes, making sure he had some moments of triumph as well (easier sums like x 2), I brought the game to an end and made some general comments of praise, pointing out how good he was at the 2 and 3 times tables.

The activities described took an hour or so. I got away with an hour long session as all activities were:

They can work for you and your child, too, just make sure you:

Merry blogs at Merry Makes where she inspires and delights readers with discoveries and tutorials spanning crafts, recipes, gardening and more!

Do you think maths games can help your child improve their maths? Tell us in the comments below!

About The Author: Caroline Mukisa is the founder of Maths Insider. A Cambridge University educated math teacher, she's been involved in math education for over 20 years as a teacher, tutor, Kumon instructor, Thinkster Math instructor and math ed blogger. She is the author of the insanely helpful ebook "The Ultimate Kumon Review" and insanely useful website "31 Days to Faster Times Tables" You can follow her math tips on Facebook and follow her on Twitter @mathsinsider
Share | Tweet | print | email
Category: Tutoring