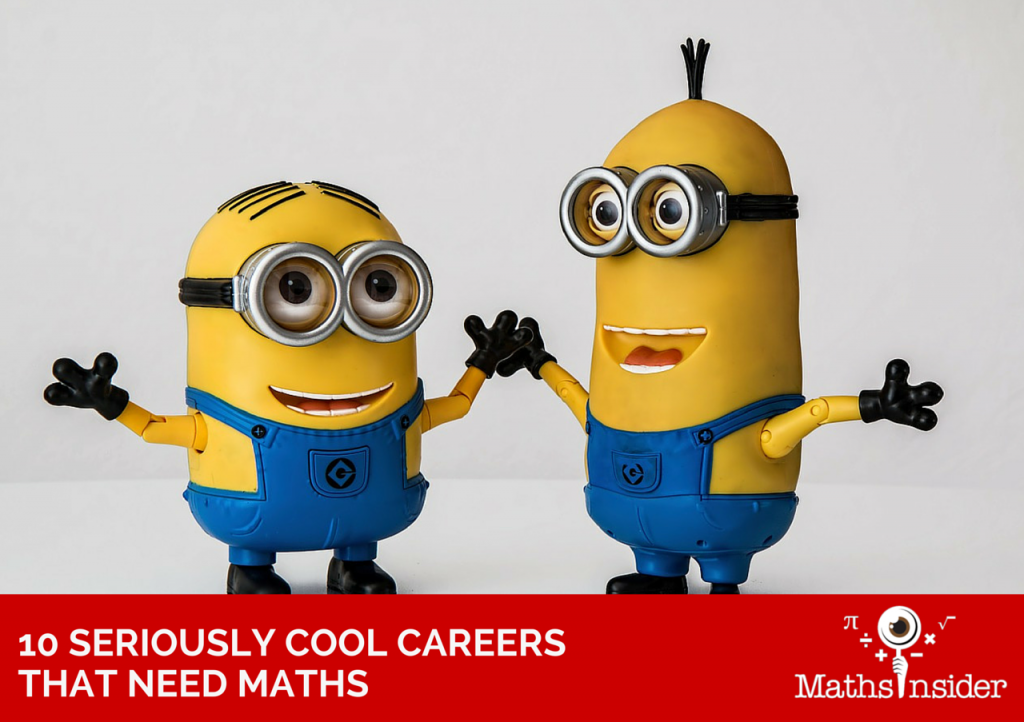 What do you want to be when you grow up?

When I was about 8 years old, I wanted to be a detective, just like Nancy Drew! I wanted to gather clues, figure out who dunnit, and catch the crook using a clever plan! Of course, reading my About page, you’ll see that I’ve always had maths related jobs, but have only used detective skills in one way;  in figuring out which of my four children broke the mouse/ remote/ CD!  Like me, your child’s career choices will change over time.

I recently found two websites which highlight careers involving at least a high pre-university level of maths. When Will I Use Math? lists 40 careers with descriptions, maths topics needed and salaries. Plus Maths has interviews with over 50 people who use maths in their jobs including an actress and a fashion designer. The Dreambox Blog also has their own list of 7 Dream Jobs That Require Math. So for those who don’t become reality TV stars, here’s a list of 10 seriously cool jobs that your child can aspire to, that need maths.

Wasn’t Toy Story 3 the coolest family film of the year? According to When Will I Use Math? an Animator uses linear algebra to show the way that an object is rotated and shifted and made larger and smaller. As well as prized jobs at Disney and Pixar, animators can work in computer and console game development, television programming, broadband internet animation, broadcast and web advertising, education, research, and military and corporate training. Pixar reveal their animation secrets on their How We Do It website

Whether it’s Inception or Sesame Street, special effects are used to give that WOW factor to a lot of what you watch on TV and at the cinema. Science daily explains that mathematics provides the language for expressing physical phenomena and their interactions. Powerful computing equipment, numerical methods and algorithms are used to make most of the spectacular feats in the visual effects industry. Plus Maths interviews a visual effects director who worked on the Harry Potter films.

Whether it’s the millionaire behind Facebook, the secretive geniuses behind Google or the cool creative types at Apple, maths will be needed by those wanting to be part of creating the next generation of gadgets and apps. When Will I Use Math? breaks it down. Computer scientists use mathematics as they span a range of topics from theoretical studies of algorithms, and the computation of implementing computing systems in hardware and software.

My kids love playing Little Big Planet. To build that one game, with all it’s user generated levels, requires some serious maths skills. From  Dreambox learning, “Every game designer needs to have a good grasp of game theory – a branch of applied mathematics. Aspiring video game programmers should also study trigonometry, physics, and calculus.”

How CSI made cutting up dead bodies a cool career choice is outside the scope of this article, but chances are your child may indeed want to do this for a living. So why do they need maths? When Will I Use Math? provides the answer: Forensic scientists use maths principles to figure out the location of the victim when the blood was shed and even the type of weapon or impact that caused the victim’s injury.

I have no desire to travel into space, it’s too far and there’s not much choice of restaurants. But it’s still a cool job!  When Will I Use Math explains that Astronauts use maths in order to make precise mathematical calculations, from how the spacecraft leaves Earth’s atmosphere to how the astronauts pilot the craft.

Chances are your child has read a story or two about code breaking and may even, like my daughter,  enjoy making up codes themselves.  Cryptanalysts, as explained by When Will I Use Math? use maths to among other things; follow mathematical theorems and formulas, encode and encrypt systems and databases and devise systems for companies to help keep hackers out and to protect the company and consumer.

Children love statistics! If you doubt it, give your child a copy of the Guinness Book of World Records. In fact my son loves nothing better than to pore over the Google Analytics statistics for Maths Insider! From When Will I Use Math? “Statisticians apply their mathematical and statistical knowledge to the design of surveys and experiments; the collection, processing, and analysis of data; and the interpretation of the experiment and survey results.” Plus Maths interviews a Government Statistician who travels the world as part of her job.

As an apprentice civil engineer, I spent a summer working on a the Severn River Crossing project, a bridge between England and Wales in the UK. I built a bridge! Now cool is that! When Will I Use Math states correctly that Mathematics is needed to analyse and calculate structural problems in order to engineer a solution that will assure that a structure will remain standing and stable.

There’s more to medicine than just knowing the parts of the body. When Will I Use Math explains that Physicians use maths in every day practice. For example, they use statistics and probability to interpret tests results. When a patient is treated for an illness, the probability is used to determine which type of treatment to use, if any. Hany Farid’s Math Kids website has an excellent example of how doctors who don’t understand statistics could make a wrong diagnosis. 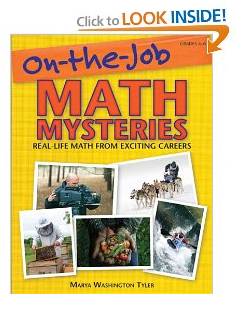